Whilst you may not win over any Texan BBQ diehards, gas smokers are becoming an ever more popular option for barbecuing in today’s fast-paced world.

In essence, the difference is in time and convenience.

Gas typically burns hotter than wood, and can be controlled so as to produce a steady, even temperature over a long time, with very little effort.

Compared to wood-fired smokers, which require constant fire maintenance and longer cooking times, gas smokers are ideal for those pit masters who don’t have the time to spend all day cooking.

So the question for this article is, once you’ve opted for a gas smoker, which gas is best, MAPP or propane?

I’ll pit these two popular gases against each other in a number of categories, pointing out the differences, and in the conclusion I shall present my personal preference.

What are MAPP and propane gasses, anyway?

Good question! Before we start digging into the various pros and cons of MAPP and propane, it’s only prudent we first take a look at where each gas comes from.

The first thing you need to know about MAPP gas is that it’s actually no longer legally available in North America.

Production of MAPP was discontinued in 2008 following safety and practicality concerns.

As such, the products you’ve seen in your local stores bearing the term MAPP, or MAP-pro are unofficial offshoots of the original product.

MAPP stands for methylacetylene propadiene and liquefied petroleum, which are the compounds blended to form the gas.

It does not occur naturally, and was produced originally for the construction industry, because of its potential for wide applications which I won’t get into.

Whilst MAPP itself has been discontinued, other brands producing those similar gases I’ve mentioned do a good job of replicating the original properties of the gas.

Interestingly, MAP-pro is a blend of MAPP and propane, which brings us on to…

Propane is a naturally occurring gas which comes as a by-product of natural gas processing and petroleum refining.

It is of the same family of liquified petroleum gases as butane, butadiene, isobutylene, butylene, and propylene, and has been a popular gas in generators, outdoor heating, and cooking for many decades.

Recommended for use by bodies such as the US States Department for Agriculture, it is determined safe for commercial and domestic environments, and comes stored in cylinders and tanks in a liquid state.

When burned on your BBQs or hobs, the liquid evaporates to form a gas which moves through the pipes to be burned by your appliances.

It is readily available for purchase at most stores.

Which gas is better for smoking and barbecuing: MAPP or Propane?

Okay, let’s get down to business. When it comes to smoking and barbecuing, which gas is better MAPP or Propane?

To answer that question, I’m going to break the argument down into the following categories in which to compare the two gases: safety, heat, flavor, convenience, and price.

When working with gas, safety is always of prime concern, and safety precautions should be taken at all times, regardless of how safe any given gas is deemed to be.

Having said that, when it comes to MAPP gas versus propane, the answer is clear as day: propane is a much safer gas.

Propane is non-toxic to humans, meaning that even accidental exposure to the gas itself will not likely result in injury. It’s safer to control than MAPP gas, and can be regulated with a greater degree of surety.

MAPP gas on the other hand is extremely toxic to humans.

According to the National Institute for Occupational Safety and Health in America (NIOSH), exposure to MAPP gas can be immediately dangerous to life and health.

MAPP gas has a super high hydrogen content, which made it unsafe for welding and various other uses in the construction industry, following which its production was discontinued in the US.

Of course, this is not to say that you can’t still use MAPP gas safely in cooking, if you’re careful and in control; some of the world’s top chefs use a form of MAPP gas in their kitchens for searing food like steaks.

However, when it comes to overall safety metrics, propane is the safest gas.

Burn temperature is probably the category which brought many of you here in the first place, and let me be the first to say that yes, the rumors are true: MAPP gas does burn hotter than propane.

Even though the original MAPP gas has been discontinued, its offshoots burn to a similarly high heat.

For this reason, and arguably this reason alone, MAPP is preferred over propane by many top chefs, as it allows them to quickly and efficiently sear meat.

Searing meat locks the flavor and moisture inside, whilst preventing the meat from accruing a burnt taste. As such, MAPP can be highly effective when used for this purpose.

However, when it comes to temperature consistency, propane comes out on top.

It may burn at a lower maximum temperature, but for that reason it is far easier to control, and we all know that barbecuing is all about control.

Think about it like a car with incredible acceleration and a super fast top speed, versus a car that can go for miles and miles at a pretty fast top speed, but takes a little longer to get there.

When cooking with wood and coals in a conventional barbecue or smoker, you only have to worry about overpowering your meat with your smoke flavor.

Other than that, you can be pretty sure that your meat’s going to come out tasting natural and delicious.

With a gas smoker, on the other hand, you’re not cooking in a traditional way, and you do run the risk of your meat taking on a slightly chemically, gassy taste.

At least, you run that risk with propane.

MAPP gas, on the other hand, avoids tainting the meat it cooks with any gas smell or taste at all. For this reason, chefs and pit masters around the world may choose to work with MAPP gas instead of propane.

It should be said, though, that just because you run the risk of imparting a gassy flavor onto your meat, it isn’t an inevitability.

Traditional barbecuing and smoking isn’t really about convenience at all.

Pit masters often have to get up in the early hours, and stay awake late into the night, constantly tending fires, basting and glazing meat, adjusting temperatures and oxygen levels, all to get their meat just how they like it.

However, for those of us who like to use gas smokers, time is more of the essence, and convenience can play a big part in our decision-making process.

Thus, it’s a consideration I wanted to make here, when it came to MAPP gas versus propane. And once again, I think the answer’s clear: propane is the winner.

Propane is widely available, easy to install and use, and really easy to regulate and maintain during a cook.

You don’t have to spend time worrying that you’re going to seriously overcook (or undercook) your meat, with propane, since you can keep it burning at a nice consistent temperature for those classic low and slow smokes.

MAPP gas on the other hand is much rarer to come across.

Whilst its offshoot alternatives are available, they’re still much more common to find in construction and industrial stores, than in BBQ or cooking stores, and are still generally less common than propane.

What’s more, controlling MAPP gas is difficult, and can easily result in burned and overcooked food.

True, MAPP will get your grill up to cooking temperature quicker than propane, but when propane can already have you up and running in under 15 minutes, you’ve got to ask: is MAPP really worth it?

Budget is of concern to just about everyone, and so when it comes to choosing between MAPP gas and propane, price matters.

It may come as no surprise to you, given all you’ve learned so far in the MAPP gas versus propane fight, but once again propane is the winner.

Propane is pretty affordable, even cheap, and widely available to buy in lots of different sized canisters. MAPP gas, on the other hand, is hard to come across, and much more expensive.

So which gas do I, the Pit Master, prefer to use in my gas smoker, MAPP or propane? The answer’s easy: propane.

It’s readily available, inexpensive, easy to use and its safety is guaranteed by government bodies.

When barbecuing I want a gas I can rely on to keep my grill at a consistent, steady temperature throughout, and so long as I’m careful with it I’m confident that I can avoid leaving my meat with any taste or smell of gas.

I just can’t depend on MAPP to do the same! 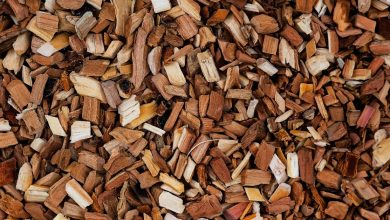 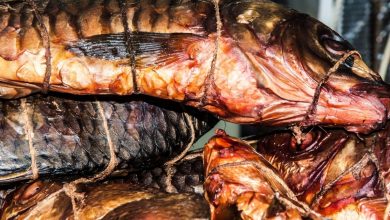 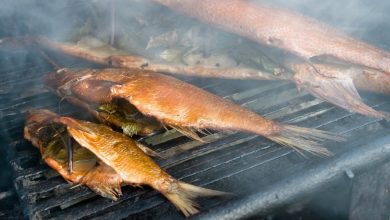 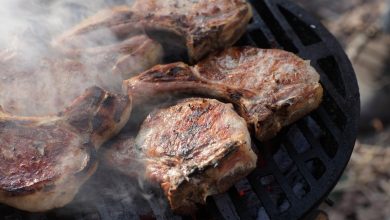