People use the phrases ‘rib roast’ and ‘prime rib’ interchangeably. However, they’re not technically the same thing. All prime ribs are rib roasts, but not all rib roasts are prime rib.

What Is Prime Rib?

To be considered as ‘prime’ the rib needs to meet certain specifications. The prime status is only awarded to the most tender sections of beef with the best fat marbling.

This typically comes from younger cows of 1-2 years, and those cows are generally fed well on a high vitamin diet, rather than just being grass-fed.

Only 2.9% percent of beef is labeled as prime, and it’s usually reserved for high-end eateries with premium prices.

Prime rib is often cooked in dry heat without oil as the high amount of meltable fat helps make the meat tender without adding extra unhealthy ingredients such as butter.

The prime rib is normally a roasted section of beef taken from between rib numbers 6 and 12.

Thus, it is classed as rib roast because it’s ribs that are roasted; however, it is only called ‘prime rib’ because of its USDA (United States Department of Agriculture) approval of quality.

You can also have prime rib with or without the rib bones (as opposed to rib roast, which has to have the bones), as it’s the steak cut that makes it prime rib, as long as the location of the meat’s origin is the ribs.

What Is Rib Roast?

A rib roast is simply a roasted section of beef rib that usually doesn’t come up to the prime standard.

With a rib roast, the bones are typically left where they are. Some people will know this as a standing rib roast.

A standing rib roast must have come from more than one rib and is generally served with the rib bones left in to make it stand rather than in a steak format.

In conclusion, a rib roast could be from a prime or non-prime section of beef. A prime rib roast can be served with bones left in or out but would still be called prime rib due to its quality.

What Is Rib Eye?

A rib-eye is a steak cooked traditionally (normally not dry cooked) from a section of the ribs. It can be grilled, broiled, or roasted to achieve the steak texture and tenderness.

However, in this case, the bones are always removed, with the cut itself coming from between the ribs rather than to include the rib bone.

This meat is served purely as a steak and will never be standing. Again, the steak will be named ‘rib eye’ as it doesn’t meet the prime USDA standard.

You might have also heard some beef cuts being called ‘choice’ or ‘select’ cuts. These have different meanings that you’ll need to watch out for if you’re ordering in a restaurant.

Choice cuts from the ribs are also incredibly tender and flavorful, but they don’t quite have the amount of marbling to meet the USDA approval.

However, they also work well with dry heat cooking but can be braised or marinated to increase their flavor.

Select rib cuts are much leaner than prime or choice.

This means that they can still be tender, depending on the cooking style; however, they may lack flavor compared to higher-quality cuts, meaning they’re better suited to being marinated.

So, Is Rib Roast The Same As Prime Rib?

Essentially, prime rib is a rib roast, as it’s a section of meat taken from the ribs that have been roasted. However, a rib roast doesn’t always need to be prime.

A rib roast can be a lower quality piece of meat with less fat marbling, and will be considered rib roast as long as it’s still containing the ribs themselves.

If not specified as ‘prime,’ a rib roast could be a choice or a select cut of meat.

A rib roast can only be classified as prime if it meets the USDA standards for quality for “prime” – including the position of the ribs it was taken from, the quality of the cow’s diet, and the amount of fat marbling that’s present. 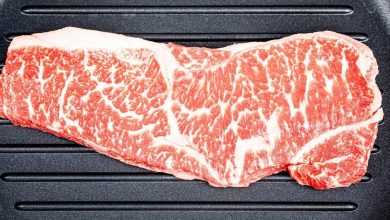 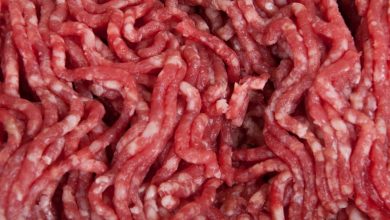 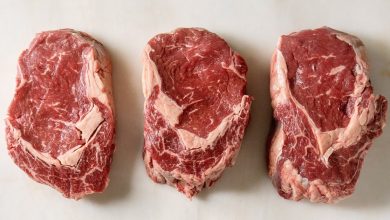